When it comes to cars, tunnels and rockets, Elon Musk thinks big. The same’s true for his household finances.

The billionaire recently took out $61 million in mortgages on five properties in California, four in the Bel Air neighborhood of Los Angeles and one in Hillsborough, in the Bay Area. The Morgan Stanley loans, signed in the final days of 2018, represent about $50 million in new borrowing. One refinancing on a 20,200-plus square-foot property he bought in 2012 for $17 million turned a $10 million loan into a $19.5 million debt. 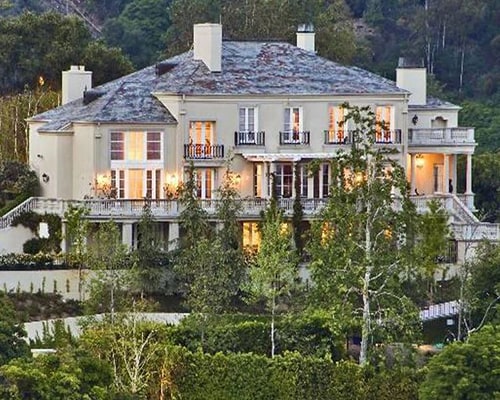 The loans show how even the wealthiest people use mortgages to maintain liquidity. Musk, with a $23.4 billion fortune, according to the Bloomberg Billionaires Index, is among ultra-wealthy property owners including Mark Zuckerberg, Ken Griffin, and Beyonce and Jay-Z who have taken out monster mortgages. Citadel founder Griffin stands out, with two secured in 2016 for a total of about $114 million.

Huge mortgages like Musk’s are lending-world unicorns. Across most of the U.S., a loan falls into the jumbo category (also called non-conforming) once it exceeds $484,350. The definition of a super jumbo isn’t as clear, but for a wealth-management operation catering to ultra-high-net-worth clients they might start in the $2 million to $2.5 million range.

“Once you get above probably $10 million, I’d describe it as ‘by appointment,”’ said Michael Blum, group managing director and head of the banking group at UBS Wealth Management USA. At that level, the number of loans “thins quite a bit,” he said.

Musk Could Put Tesla on Smoother Path With Demand Assurances (1)
Elon MuskPhotographer: David Paul Morris/Bloomberg
More than 230 single-family mortgages of $10 million to $20 million were outstanding in 2018, with 75 percent taken out since 2013, a CoreLogic analysis of U.S. public data found. More than half were secured by homes in California, said Frank Nothaft, CoreLogic’s chief economist. About 180 were refinancings.

Over the years, Musk has used his shares in Tesla Inc. to obtain personal loans. About 40 percent of his stake in the electric carmaker was pledged at the end of 2017, according to a regulatory filing. Musk also inquired with at least one bank last year about a personal loan tied to his stake in rocket company SpaceX, a person with knowledge of the matter said at the time.

Musk, 47, doesn’t take a salary from Tesla, and he’s repeatedly gone to the market to buy the carmaker’s stock in a show of confidence in the company, which has never turned an annual profit. He recently put one of his Los Angeles-area homes on the market for $4.5 million.

He’s played down the extent to which wealth motivates him, tweeting in October that he had “very little time for recreation” and saying that he didn’t have “vacation homes or yachts or anything like that.”

The entrepreneur has a wide web of dealings with Morgan Stanley, whose private bank was the lender on his recent mortgages. When Musk pledged Tesla shares at the end of 2017, 55 percent were with the lender. Morgan Stanley, which has a $2.3 trillion wealth-management unit, has tripled loans to high-net-worth individuals in the past five years.

Musk has also been a client of the firm’s investment bank, hiring it and Goldman Sachs Group Inc. last year when he considered taking Tesla private. Both were lead underwriters on stock and convertible-debt offerings for the company.

As home prices continue to rise in high-cost areas, more properties will fall into the super-jumbo loan category, CoreLogic’s Nothaft said. Many will be hybrid adjustable-rate mortgages, with initial fixed-rate terms of five years, meaning refinancing volume is likely to increase as short-term rates rise.

Musk’s loans are for 30 years with a fixed 3.5 percent interest rate for the first few years and then adjust based on an index. 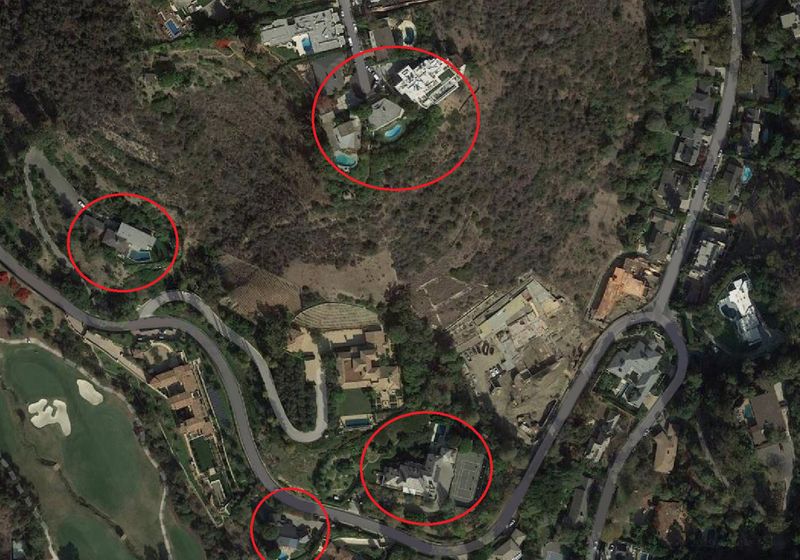 “To get a new relationship on the investment side with a new high-net-worth client is very difficult," said Gauthier Vincent, lead wealth management consulting partner for Deloitte. “On the credit side, it’s a much easier way to get in, if you’re really good at it, than to try and compete on the investments."

Bespoke lending also makes clients “stickier,” said Brent Beardsley, who leads Boston Consulting Group’s work in asset and wealth management globally. If a client has a difficult-to-value loan, it’s harder for them to leave for a rival. Depending on the source of their wealth, loans can lead a banker into a client’s business finances, which may be commingled with personal assets, Beardsley said.

Why do the ultra-wealthy even need to take out loans? Some, like Musk, are asset-rich but relatively cash-poor. Lending activity picks up as tax time approaches, with clients either fully invested or not as liquid as they need to be to make a tax payment, UBS’s Blum said.

“We try to educate clients that what you probably don’t want to do is sell stocks or bonds and create yet another tax liability by selling so you can pay your taxes this year,” Blum said.

Ultra-wealthy investors may also find mortgage interest a relatively small price to pay for liquidity. “With rates still historically low, it’s still a very attractive alternative,” Blum said. “Clients would just rather not tie up all the liquidity in a purchase of a very expensive property.”

Lending to the wealthy extends beyond mortgages. The most bread-and-butter type of asset-based borrowing is securities-based lending on a diversified portfolio of stocks and bonds. Other assets that can be borrowed against include art, yachts, pre-IPO shares and hedge-fund stakes. Hedge funds and the general partners in private-equity funds may take out so-called partner loans in order to invest in a new fund without tapping their own liquidity, said Deloitte’s Vincent.

Then there are the truly rarefied loans. Vincent recalls one situation with a Middle Eastern client from the days when he was a private banker. The client wanted to buy a Boeing 747 “and redo the inside so his family could fly from the Middle East to London to Paris to do their shopping on the weekend,” Vincent said.